The Movement for the National Liberation of Palestine (Fatah).Note the grenade and crossed rifles, superimposed on the map of Israel. This emphasizes the dedication of Fatah, along with the other"liberation" groups, to the "armed struggle"against Israel, a euphemism for terrorism against civilians.

Founded in the early 1960s by the Egyptian-born Yasser Arafat and friends of his in Algeria, Fatah was originally opposed to the founding of the PLO, which it viewed as a political-opponent. Backed by Syria, Fatah began carrying out terrorist raids against Israeli targets in 1965, launched from Jordan, Lebanon and Egyptian-occupied Gaza (so as not to draw reprisals against Syria). Dozens of raids were carried out each year, exclusively against civilian targets.

Fatah's popularity among Palestinians grew until it took over control of the PLO in 1968. Since then it has been the PLO's most prominent faction, under the direct control of PLO Chairman Yasser Arafat.

"Fatah" is a reverse acronym of the Arabic, Harekatat-Tahrir al-Wataniyyeh al-Falastiniyyeh. The word "Fatah" means "conquest by means of jihad [Islamic holy war]". 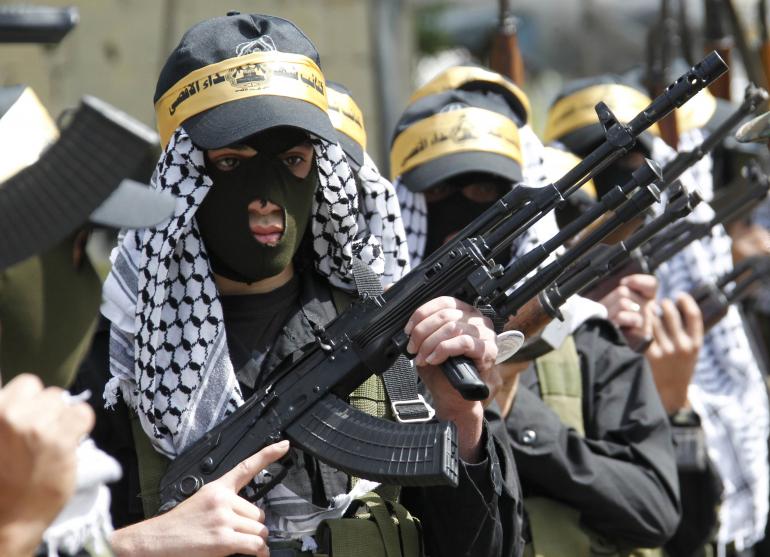