At the start of the civil war, Israel contacted Sa'ad Haddad, a christian major from the lebanese government army. Haddad was willing to establish a sort of bufferzone in the southern part of Lebanon, which would be kept free of PLO guerilla.

These israeli armed, trained and paid troops were called the South Lebanese Army or Arme du Liban-Sud. Israeli operations in south lebanon were often guided by SLA troops. However, SLA troops did not only fight the PLO, but also Amal, Hezbollah, UNIFIL troops and even the lebanese government army. For these reasons Haddad was quickly rejected from the lebanese army.

In 1979, Haddad proclaimed his zone the Independent Free Lebanon which capital was soon to be liberated Beirut. Haddad died in 1984 from cancer. He was succeeded by Antoine Lahad. The SLA troops are mostly from christian origin, but the high pay and extreme anti-PLO stance also attracts shia muslims. However, officers are mainly christians.

The SLA is fully equiped by the israeli army. Troops have israeli uniforms, often with 'bush hat'. The troop strenght is max. 2OOO men 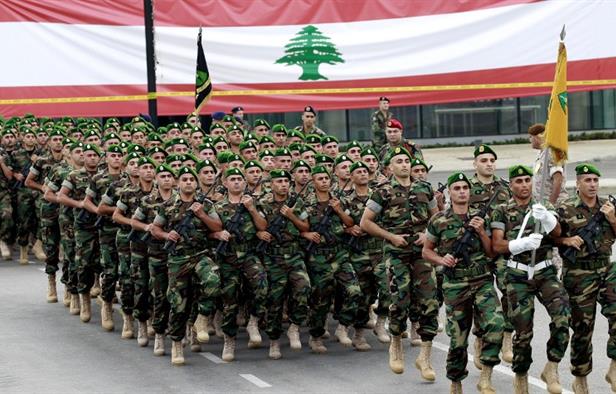